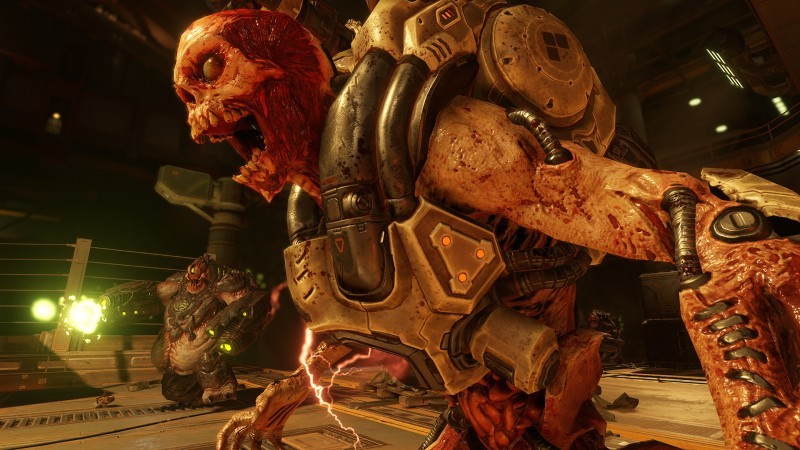 Doom On Stadia's Input Lag Is Noticeable But Not Ruinous

When Google announced their new Stadia platform, an entirely cloud-based video game system that can be accessed from any device, there were a few immediate concerns. Chief among these is the problem of latency, an issue that has plagued cloud-based gaming in all its iterations from the days of Gaikai and OnLive to rumors of Microsoft’s next consoles engaging in similar initiatives. While some genres and even some games lend themselves well to the inevitable delay between pressing a button and seeing an action performed, genres like fighting games and anything fast-paced make the problem way more noticeable.

This is why it was curious that Google decided to show off the Stadia with Doom, one of the most timing-sensitive modern shooters on the market. It was like a declaration from the tech company that they fully believe input lag is a non-factor on Stadia. The bad news is that they’re wrong. The good news is that it probably won’t matter after a while.

The Doom demo is essentially the PC version of the game set into arcade mode, with options of a Razer Keyboard and Mouse or a Razer controller. Upon researching, I could not find any real evidence or reports that these items are particularly infamous for built-in input lag and all three input devices were seemingly wired. It’s not an exact measurement, but swinging your aiming reticle around the screen is not instantaneous, and anyone that has played Doom before can instantly feel the difference.

More to the point, I was missing shots, and it was initially difficult to time melee hits against enemies. It’s not that the input lag makes Doom unplayable, but it makes it harder, and it makes you worse at the game. It’s the kind of thing that would make you reboot your console and check your TV settings.

The thing is, after a few minutes of playing, I was still conscious of the difference, but it felt like it mattered less. It was like controlling that big gun in some shooters with the swimmy reticle that dragged behind the input. I knew what was happening and eventually my brain and my hands compensated for that difference. Was it ideal? Definitely not. Was it a way to play Doom in a stream without a console or expensive GPU? Approximately. And that will probably be enough for a lot of people.

In the battle between the perfect vs. the good, Stadia’s input lag is definitely not perfect, but it seems like it can be good.