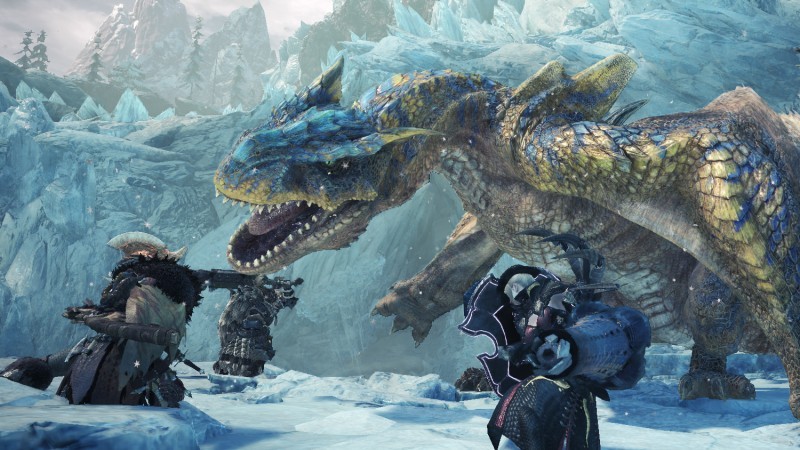 Click here to watch embedded media This month we’re rolling out an avalanche of exclusive features and videos on Monster Hunter World: Iceborne. In addition to our cover story filled with new information on hunting monsters like Barioth and Velkhana, we wanted to give fans a better understanding of who the expansion’s lead developers are.

In the video above filmed at Capcom’s headquarters, we gathered together Iceborne’s producer Ryozo Tsujimoto, executive director Kaname Fujioka, and director Daisuke Ichihara to show off their skills in taking down a Tigrex. The gameplay you see is from Ryozo’s screen, he’s worked on the series since the first game on the PlayStation 2 and is obsessed with the hammer… we’re happy to finally show off his hammer skills. Ryozo wanted to play the English version of the build, so any mistakes can be blamed on the language barrier… This video was filmed in May and shows an early version of the E3 2019 demo, so the balance may be different than what you might have played even in the Beta. We hope you enjoy this raw look at the developers having fun with their own game and please check out the latest episode of The Game Informer Show podcast for more details on our time playing the game and hunting Velkhana.

Click on the banner below to enter our constantly updating hub of exclusive features and videos on Monster Hunter World: Iceborne.